The Gibson is a Martini variation that’s made with gin and dry vermouth and garnished with a cocktail onion. The umami flavors of the pickled onion make for one satisfyingly savory martini.

What’s the difference between a Gibson and other martinis?

The Gibsons served today are characterized by the addition of a cocktail onion garnish. For clarity, let’s break down the primary types of martinis:

The history behind the drink

Interestingly, early Gibson recipes did not include the onion garnish. Instead, the cocktail appears to have just used a different ratio of gin to vermouth, or been distinguished by omitting the usual orange bitters.

Some early printed recipes list the Gibson as an equal parts gin and vermouth drink. A pickled onion plays up the savory flavors of the vermouth, so the addition of an extra savory garnish seems like a fairly natural progression of the recipe.

But – some say that the early Gibson was in fact a very dry Martini, meaning that it had less vermouth than usual.

Like most classic (and even many modern) cocktails, the history behind the drink is anything but straightforward!

Onions and the ‘Gibson Girl’

An interesting story about the Gibson’s origin is that a popular artist named Charles Dana Gibson invented the drink with a NYC bartender named Charley Connolly.

Supposedly Gibson asked Connolly to come up with an even better Martini, and the onion garnish did the trick.

Another version of this tale says that the Gibson should be garnished with two onions, and that they’re meant to represent the female bust, a symbol of the ‘Gibson Girl.’

The Gibson Girl was Gibson’s idealized image of feminine beauty, and repeated often through his work.

Yet another story about the Gibson’s origin is that the drink was the invention of a man named Walter Gibson at the Bohemian Club in San Francisco in the late 1800s.

There are many stories about the cocktail’s history, but a common theme is that the origin of the onion garnish was to visually distinguish the from the similar classic Martini.

Whatever that original recipe may have been, the Gibson we know today is a simple Martini, garnished with a cocktail olive.

Where can I find cocktail onions?

And of course there are a number of cocktail onions on Amazon, my go-to for odd cocktail ingredients!

Disclosure: This post may contain Amazon affiliate links. This means that if you click through and make a purchase, I will earn a small commission at no extra cost to you.

Ratio of gin to vermouth

The ratio of gin to vermouth in any martini variation is typically hotly debated among cocktail enthusiasts.

A common preferred ratio is 4:1, which I love in a classic Martini. However, when it comes to the Gibson, I like to use a longer pour of vermouth.

If you have a favorite Martini ratio, feel free to use that for your Gibson as well. One of the things that is so interesting and endearing about Martinis is that everyone has their own preferences when it comes to ratio, garnish, method (shaken vs. stirred), or even glassware (cocktail glass vs. Nick and Nora, etc.)

I recently shared the Sake Gibson pictured here on Instagram. For this delicious variation, I used a 2:1 ratio with gin and a Junmai Daiginjo (highest quality grade) sake.

This top notch sake from Takara Sake USA is really meant to be sipped on its own, but it also made for a stellar Gibson riff.

This Sake Gibson is also great with less expensive sakes, like the Classic Junmai from Sho Chiku Bai. The savory flavors of sake are a great match with junipery gin and a salty cocktail onion.

If you’re a Martini fan, you might also enjoy my Chamomile Rose Martini, made with The Botanist Gin, chamomile-infused dry vermouth, and rosewater.

Some other classic gin cocktails to try are the Gimlet, Southside, Clover Club, or the Quill.

Why I don’t recommend shaking martinis

Gibsons and classic Martinis are made with just spirits and fortified wine. As a result, they don’t require shaking to emulsify, aerate, or froth the ingredients, the way that cocktails incorporating juices, creamy ingredients, or eggs do.

When you shake a cocktail, the ice breaks down rapidly, which chills the liquid quickly. It also results in quite a bit of dilution as well as little tiny ice shards floating in the finished cocktail.

When you stir a cocktail, you chill it and add just enough dilution without also adding any unnecessary or undesirable characteristics.

But at the end of the day, all that matters is that you enjoy your drink. If you like an aerated martini, shake away! Just be sure to double strain out those pesky ice shards. 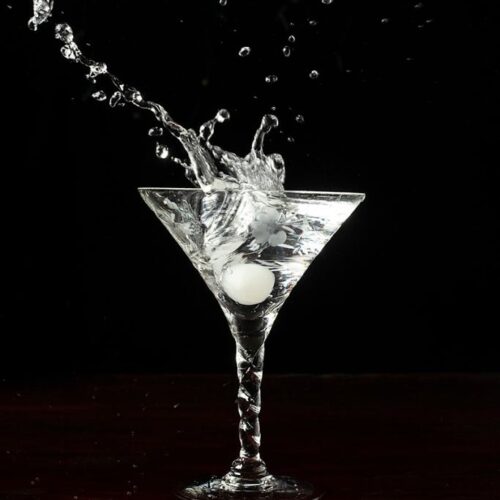 Amy Traynor
The Gibson is a variation of the classic Martini, featuring a pickled onion for the garnish. The ratio of gin to vermouth is customizable, but here I'm sharing my preferred 2:1 ratio.
No ratings yet
Print Recipe Pin Recipe
Prep Time 5 mins
Total Time 5 mins
Course Drinks
Cuisine American
Servings 1 cocktail

Try replacing the dry vermouth with an equal measure of sake for an extra punch of delicious umami flavor!
Keyword dry vermouth, gibson, gin, martini, onion
Tried this recipe?Let us know how it was!

Slots are slots. If you’re in use accustomed to to playing them in a brick-and-mortar casino, you’re not going to have any trouble adapting to their online cousin. The treat is the changeless: interpolate your boodle, preferable your paylines and conk the spin button to bet.

What you intention observation, granting, is that the online fit games are more convenient. It takes nothing but seconds to swap machines, and you don’t even have planned to worry less someone hogging a nice machine, acting nasty (drunk) or blowing smoke in your face. You can serene swap casinos if you necessity to. Online casinos are also cheaper to consign to, and you can take up as regards allowed if you’re not willing to contend with with money.

The rump line? Online slots are like brick-and-mortar slots in nearing every way, with additional benefits. If you’re a buff of these money-sucking machines, then we vouch for giving their online counterpart a shot. But first, start with this page. Learn on every side all the numerous games you can play.

Our site also offers sections to go to online players. We proposal 10,000+ sovereign slot games. The free games page includes some of the outdo made slots on the side of online players and all of the games weight instantly in your browser. You longing also determine sections relating to where to play one's part 3D slots, steep limit and ill-bred limit games (such as penny slots) as comfortably as official bills sites. If you have any questions, interest think let go to communication us.