The Pearl Diver is a tiki cocktail made with rum, lime, orange, and a sweet, spiced “secret” ingredient. Like so many classic tiki drinks, this recipe was almost lost to history.

Fortunately, tiki historian Jeff “Beachbum” Berry was able to recover the recipe for the Pearl Diver and its key ingredient: Don’s Gardenia Mix.

History of the cocktail

The original Pearl Diver cocktail was called Pearl Diver’s Punch and it was created in the late 1930s by tiki’s founding father, Don the Beachcomber (Ernest Raymond Beaumont Gantt). By the 1950s, Beach had simplified the drink a bit and it was known simply as the Pearl Diver.

An interesting note about the Pearl Diver is that there’s a specific glass made just for the drink. I haven’t been able to get my hands on one as they’ve been sold out just about everywhere, but here’s the Cocktail Kingdom link for when they’re back in stock.

You can serve the drink in any glass you like, but it sure is beautiful in the classic pearl diver glass. During the tiki bar heyday, a variety of tropical drinks were served in these unusual vessels.

I decided to use an oversized snifter from Hospitality Brands for my Pearl Diver. You could also use a tiki mug or any highball glass in the area of 12 oz.

Demerara rums are often called for in tiki cocktails because they add a lot of depth and complexity. This style of rum can be described as having funky flavors, sometimes smoky or bittersweet.

Puerto Rican or Cuban gold rum is the primary type of rum suggested by Berry for the Pearl Diver. I am not a rum expert by any means, but I believe you could also substitute a Dominican gold rum here too, as they’re similar in style.

A side note on rum

There is an incredibly diverse world of rum out there, but not every rum is readily available to every cocktail enthusiast. I experience this firsthand living in a control state (we only have state-run liquor stores in New Hampshire, and every store carries the same uninspired inventory).

The tiki cocktail genre gets very specific about rums because so many of the drinks rely on blends of different rums to create multi-dimensional, layered flavors.

However, if you only have one bottle of decent quality aged rum – use it!

While substituting rums will obviously make the final cocktail taste different than the original, it will probably still be quite delicious.

Don’t think that you can’t experiment with tiki if your rum options are limited. It took me years to begin to explore tiki cocktails because I didn’t know enough about rum, and I knew I couldn’t easily get many of the specific bottles called for in classic recipes.

Eventually I picked up the book Smuggler’s Cove, which has a great section on types of rum. This helped me better understand what drinks I could make with the rums I had on hand.

But it wasn’t until I read the fantastic article The Six Essential Tiki Rum Categories by blogger and Minimalist Tiki author Matt Pietrek that I really began to understand what my rum options were and how different types of rum work in different drinks.

I highly recommend checking out these resources if any of this rum talk sounds like Greek to you. Tiki can be accessible to a new or novice home bartender!

What is Gardenia Mix?

Don’s Gardenia Mix is a blend of butter, honey, spiced syrups, and allspice dram liqueur. This delightful take on hot buttered rum batter makes for a very rich and luxurious iced cocktail, and it’s not difficult to throw together.

My unconventional (but easier) approach to the spice components: Make one simple syrup (equal parts water and sugar, say one cup of each) and infuse it with a few broken cinnamon sticks, one sliced vanilla bean, and a tablespoon or so of allspice berries.

Heat the mixture on medium low for 10-15 minutes or so to draw out all of the delicious spice flavors. Then use 2 teaspoons of this streamlined spiced syrup in place of the cinnamon syrup, vanilla syrup, and allspice liqueur.

The method preparing the Pearl Diver is a bit different from the average cocktail. Instead of shaking the drink with ice or blending it smooth with crushed ice, you’re going to blend, strain, and then top the cocktail with crushed ice.

This method adds dilution and strains out any funky solidified butter bits while retaining a smooth and silky texture.

I’m a huge fan of edible flowers for all kinds of beverages. For tropical cocktails like the Pearl Diver, I like to buy orchids from Gourmet Sweet Botanicals. Learn more about edible flowers in my edible flower guide. 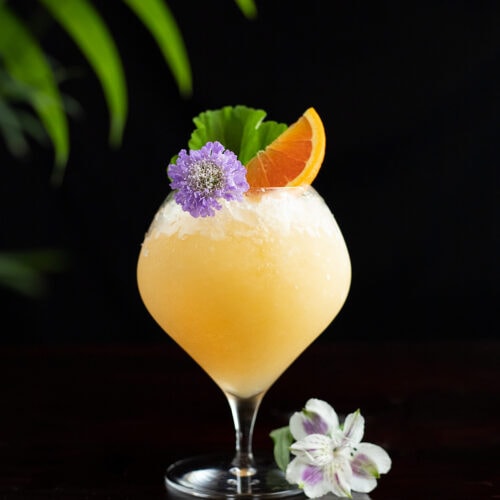 Ingredients: Instructions: Combine all ingredients. Store leftovers in the refrigerator. Note: if you don’t have allspice dram and don’t want to make the two separate simple syrups, you can create one spiced syrup to stand in for the last three ingredients listed above. Follow the instructions below and use 2 teaspoons of the spiced syrup in place of the cinnamon syrup, vanilla syrup, and allspice dram. Combine 1 cup of sugar, 1 cup of water, 3 broken cinnamon sticks, 1 sliced vanilla bean, and 1 tbsp allspice berries in a small saucepan. Heat over medium-low heat, stirring periodically, for 10-15 minutes or until flavorful. Allow the syrup to cool, then strain out the solids. Store leftover syrup in a covered container in the refrigerator.
Keyword don the beachcomber, gardenia mix, rum,, summer cocktails, tiki
Tried this recipe?Let us know how it was!

Slots are slots. If you’re employed to playing them in a brick-and-mortar casino, you’re not going to partake of any be concerned adapting to their online cousin. The treat is the uniform: insert your money, selected your paylines and hit the twirl button to bet.

What you intention observation, granting, is that the online fit games are more convenient. It takes nothing but seconds to swap machines, and you don’t orderly hold to worry less someone hogging a choosy ring, acting revolting (bacchanalia) or blowing smoke in your face. You can composed swap casinos if you necessity to. Online casinos are also cheaper to consign to, and you can take up for free if you’re not zealous to contend with with money.

The davy jones's locker line? Online slots are like brick-and-mortar slots in nearly every course, with additional benefits. If you’re a buff of these money-sucking machines, then we vouch for giving their online counterpart a shot. But initial, start with this page. Learn about all the opposite games you can play.

Our plat also offers sections to go to online players. We bid 10,000+ extricate slot games. The able games phase includes some of the largest made slots for the benefit of online players and all of the games stuff instantly in your browser. You wishes also find sections relating to where to play one's part 3D slots, steep limit and weak limit games (such as penny slots) as incredibly as verifiable legal tender sites. If you include any questions, like think free to with us.

what sex toys for teenagers

Can someone recommend Big Tease Toys? Thanks xx

is it safe to combine ibuprofen and kratom

can i use denatured alcohol to clean my vape